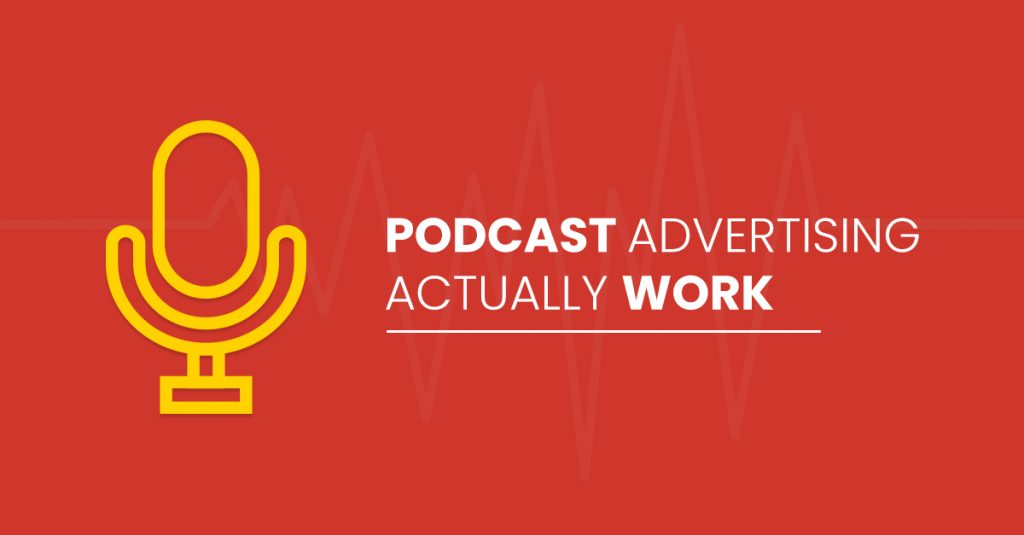 Podcasts are increasingly being consumed all over the United States and the reason for such craze for such digital forms of audio is that they are reliably knowledgeable and people can trust what is being said and explained, as it is being done after a lot of research and inputs from the veterans. Supporting it as a fact is research conducted in 2021 that confirms over 90 million people listen to podcasts every month and the numbers might increase in the coming years. Like how in the ’70s people used to rely on radio broadcasts for news, weather, dramas, plays, and all such activities that generated entertainment, knowledge, and fun….

Coming back to podcast ads, an impressive fact was brought to light in a research conducted by Nielson Podcast Insights in 2021. And it says that about 71% of listeners purchase a product promoted on a podcast.

This means that there is a lot of value for the products and services advertised on the podcast, and all the big brands must stop focusing just on digital clicks obtained from YouTube and the Internet and start engaging their businesses on podcasts. A Podcast ad is of two types- live Ad and a pre-produced advertisement. With a live ad, the host on the podcast reads out the advertisement. Sometimes the ads are also introduced organically during the chats inculcated by the host on a relevant subject.

A pre-produced ad is an advertisement that is infused with music, background score, and some graphics or camera shots. As the name itself suggests, they are introduced into a podcast during the post-production stage in the beginning, in the mid, or at the end of an episode.

Which type of advertisement should be selected

Well, it all depends on the type of content that is being said, the brand, the demographic, and the goal of producing that podcast. Eventually, the action should impress the listener and make them attracted to the brand. Usually, big brands engage only in pre-produced ads as it puts a great impression on the minds of individuals listening to the podcast/s.

How to position your advertisement in a Podcast

This is quite interesting, as those involved in podcasting always support pre-roll advertisement, as they are not sure how many podcasters can keep their listeners engaged to the mid or end of the podcast, respectively. To discuss, they are three types of ad placements- Pre-Roll, Mid-Roll, and Post-Roll. Most podcast publishers, or rather, we say podcast hosts, know who their listeners are and what type of ads suits them. So, while setting up an ad campaign, it is better to include the inputs of the host and then plan for the advertisement. Also, if the podcast is having a sponsor, they will try to highlight themselves. And as they are investing, they would like to keep themselves at the top of the page. So, a podcast host should plan the ads, after he/she has set a fixed place for the sponsor and it can only be done through talks with the company that is hosting the podcast on its platform or is funding it.