Are Podcast titles in quotes 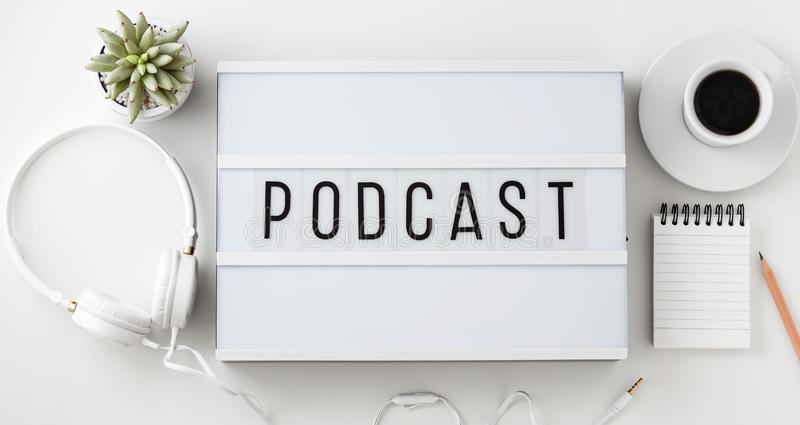 There is a general notion among podcast creators that podcast titles do not have any value, as audiences or listeners are just interested in the content that follows afterward. But remember, a title given to a podcast can also create a big difference in increasing the followers’ count, like how a title plays a vital role in adding value to a book, movie, or song.

Things to keep in mind while creating a podcast title

Well, veterans who are in podcasting for the past 5 years say that there is no such rule to follow while thinking of an apt title for a podcast. It should be catchy, give us a feel of the podcast topic, and should be easy for the directories to list. Aiming for a podcast title that comprises 5 words or fewer and has a maximum of 60 characters makes sense, as it will appear on a perfect note in all directories. So, is there a need for a podcast title to be in quotes?

Usually, movie titles, book titles, show titles, drama titles, poem titles, album titles, song titles, radio show titles, and television titles used to be quoted and italicized when they were showcased in print form. That means titles published in newspapers and magazines were quoted till a few years ago. Now, most publishers are not following this trend and have confirmed the practice as obsolete now.

Coming to podcasts, long videos say those running for 1 hour should be italicized. And the short ones should be quoted by including a keyword to rank better in search engines.

Whenever a podcast is posted on a platform, it is better to give some information about the show or episode below. For suppose, you have published a podcast on YouTube, then write some text about the podcast below the video. Technically, such writing is called the creation of Show Notes where details of the producer, presenter, episode title, series name, the date of recording, highlighting points in the podcast, the host or creator’s social media information, date of access by users and downloads are written.

Is it best to cite an episode in a podcast?

Yes, just capitalize on the first word and any adjective, noun, or a pronoun and verb thereafter in the title and place the period at the end of the title in quotation. Never make these mistakes while creating podcast titles in quotes

Every podcasting host or creator likes to lead the competition from the front. And to achieve it, one needs to have a descriptive, catchy, and compelling podcast title tucked with a keyword to accomplish better rankings on the internet.