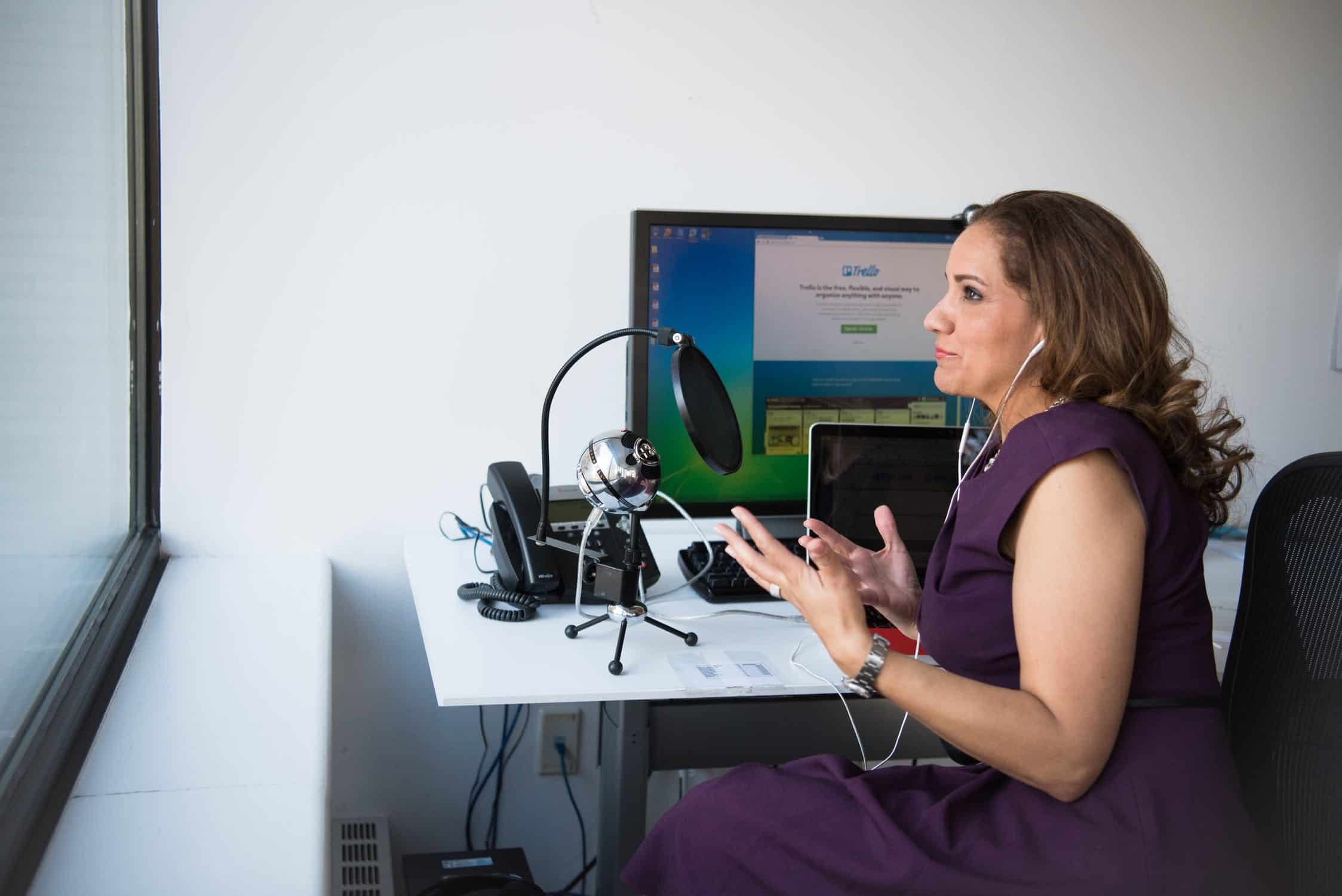 Every new podcast creator to the field will have a questing lingering in their mind and that’s the profit margin in podcasting. Well, the question has a simple answer to it- Is your podcast content having the potential to keep the audiences/listeners engaged or can it make the listeners or audiences bounce back?

Hope the below article can guide those who are thinking of making Podcast creation a career. For a better understanding, below are 3 scenarios that can indicate how much a podcaster/podcast-creator can make from the content based on the size of the followers/audiences.

We already know that content plays a key role in keeping the audiences engaged. So, once you are sure that the content has the zeal to capture the attention, start thinking of monetizing the podcast content.

After 1000 downloads- Once you achieve this milestone, it is evident that you have attained moderate success. But if you include ads now, it can discourage the audiences from visiting back. So, go for ads that are not obtrusive like affiliate marketing strategies where a product purchase at a discounted price is encouraged through the show. Amazon affiliate marketing is one such program that will fit into such needs as it not only helps the podcast listeners learn more about a product. But will help them in getting the item for a discounted price. And from the podcast host/creators’ POV, a small commission is paid as soon as a lead gets converted into a sale. Some donation-giving listeners might also donate a bit of amount to support or encourage the podcast creator and such activity often points to the fact that the podcast creator has won the trust of the audience. Also, some podcast listeners might also seek help in building a community of their own and might request a podcaster to offer online courses on a particular topic. After 5000 downloads- As soon as a podcast host or creator hits this benchmark, along with the above-stated podcast monetization strategies, they can also add some more- such as podcast sponsorships, where companies sponsor money to create the content. Like how Spotify sponsors The Joe Rogan Show Experience.

After 10,000 downloads- Once you achieve this target, then there seems to be no turn-back. It means you have won the trust of audiences who never miss a show or episode. It will also make you a celebrity not only in podcasting but also in entertainment. Sponsoring companies will come to you to sign a contract deal and will also offer a smart price for the episodes you create in the future. As you become a celebrity, brands will start using your face and pictures of their products and services. One can start a membership drive, where podcast fans can pay a small amount to access premium content.

A person involved in podcast hosting does so to earn income and to spread his/her industry knowledge to others. And to turn a podcast profitable, one can involve in crowdfunding, subscription-based service for a fee, affiliate programs, and merchandise for revenue. Here, content plays a key role in building the audience and this directly helps to attract audiences. And as soon as a podcast gathers a large section of the audience, the revenue registers start ringing.

Can Podcast be video Fans are no longer interested in just listening to audio podcasts, as they also want their eyes to be engaged. So, those involved in the business of podcasting are catching up with the craze of producing podcasts with video. It is nothing but a camera recording of a conversation as it happens between two or more people taking part in the interview, chat, or conversation.

In some shows, the host just puts a static image and the audio will play in the background that will be thereafter promoted on YouTube.

What is the future of Video Podcasts in 2022?

Over the past few years, audio podcasts have been prevalent and engaged the listeners to a certain extent. But time seems to have changed now as audiences are opting to view audio-visual content, rather than just the audio content.

So, the year 2022 seems bright for podcasts hosts who are creating AV content. So, to those who desire to become a pioneer in podcasting, it’s better you keep your focus strong on creating video content as it has a bright future ahead! 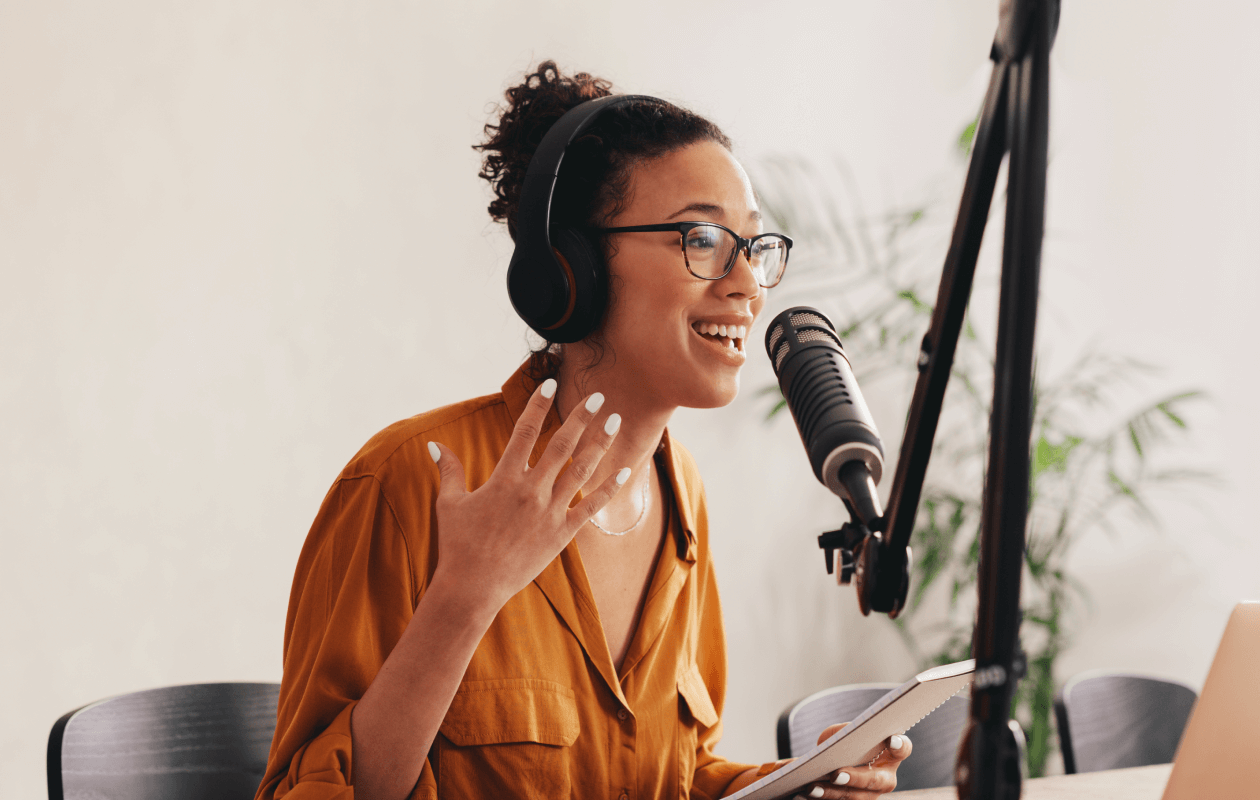 Why Video Podcasts are a hit?

People love faces- There is a general notion that human minds grasp visual content more than audio content. As 30% of neurons in our brain are devoted to analyzing visual content- compared to 3 percent for hearing and 8 percent for touch. So, people engage well with video podcasts as they could see the host and the guest and can easily get involved or connected with/in their conversation.

Social Media promotion for videos- In visual content related to news and sports activities, it’s the video that becomes an instant hit on Facebook, Twitter, and Instagram. And so posting video podcasts on such platforms will improve the content visibility on the internet.

It’s just an addition of a Camera- The difference between audio and video podcasts is that the latter has a video that is captured through a camera while the podcast is being recorded or going live. So, guess installing a camera and streaming the content doesn’t take much of your resources. 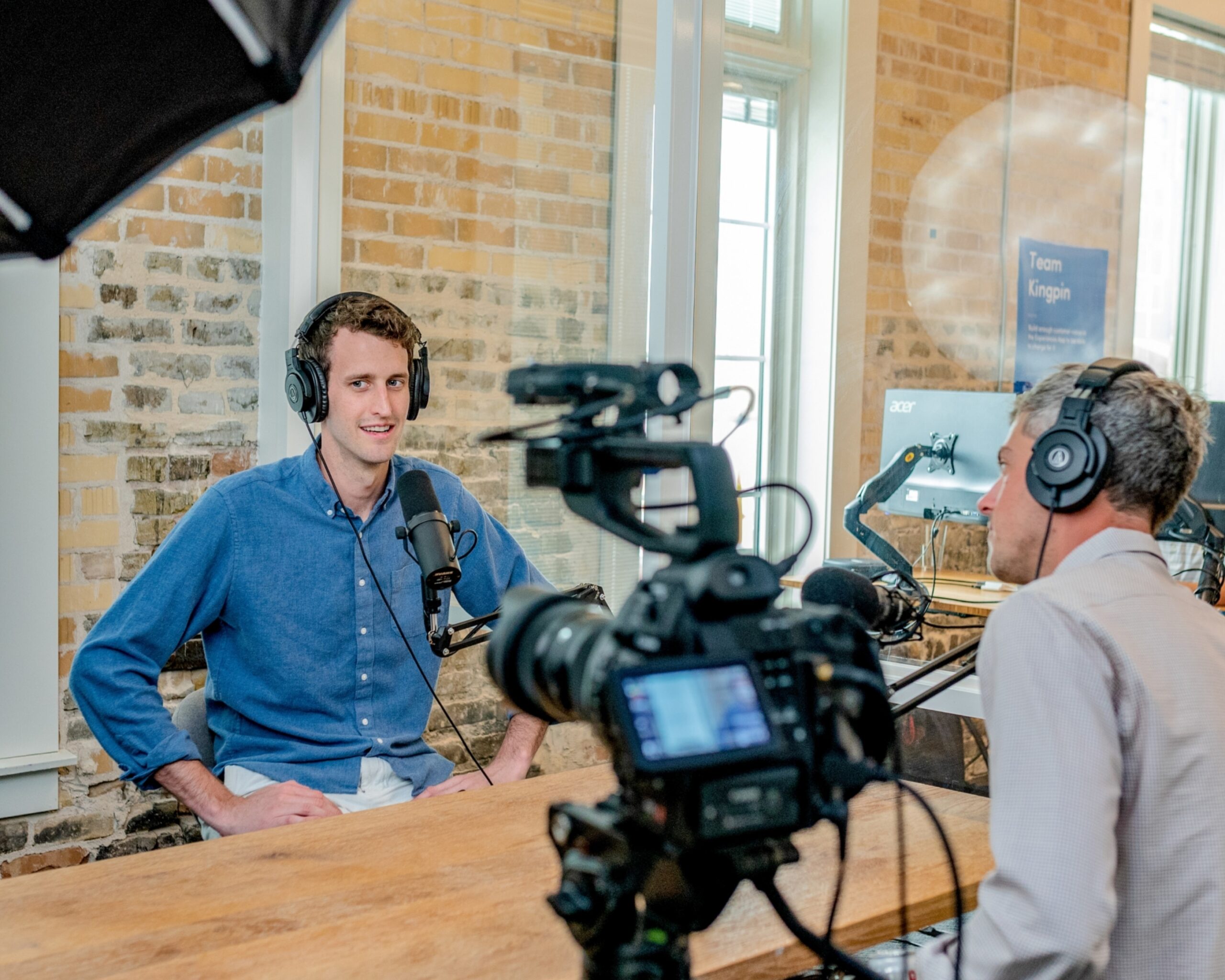 In how many ways can a video podcast be recorded?

A podcast video can be done in 4 ways:

A.) By putting a Static Image on screen and then including the audio conversation of the host and guest/s in the background is also a form of the video podcast. Usually, news podcasts are composed in such a form by using video editing software.

B.) Studio recording- This is the best form of the podcast you can render to your audiences, as everything seems to be organized in such a set-up. The host and the guest sit on the chairs facing the camera and their audio is recorded on the microphone. Then a video editing software is used to edit the stream and then the bundled content is videocasted. In such video podcasting, listeners or audiences can see the body language of the host, and the facial expression of the host and the guest. It gives a feeling to the audience that they are being involved in the conversation/interview and keeps them engaged.

C.) Remote recording- It is done if the host and the guest or the interviewing candidate are living in a separate region, area, state, or country. Both parties have a live video chat and the conversation is recorded with the use of the software. Both the audio-visuals are shown parallel to the audiences- either live or in recorded form.

D.) The fourth form of video podcast is when the B-Roll footage(secondary footage) is included. And in this form of video, archival footage is included as visuals at different intervals. Such forms of videos are used in interviews, and to create such podcast themes, high-level video editing skills are needed.

If yes, is your answer- then better capture the video in HD clarity with DSLR Cameras.

Induce some good lighting into the video capturing environment and make sure that it brightens the faces and helps in capturing the emotions and expressions of the guest and the host.

Do not use text or graphic frames and instead opt for some interior decor.

At the beginning of the video, explain to the audience the purpose of the video and edit slow parts and technically ill conversations like low voice, disturbances like a child’s cry, and such.

Never uploaded videos that are captured from Zoom or Skype, as there is surely a content degrade in such form when uploaded onto YouTube.